In today’s post I will go over the steps required to perform unit testing in NativeScript mobile application which uses Angular and TypeScript.

We can use the below commands to create application using default nativescript angular template.

This will create a default application with “src” folder. The command creates an item and item detail component . ItemService is used to populate items array and return the same to each components. 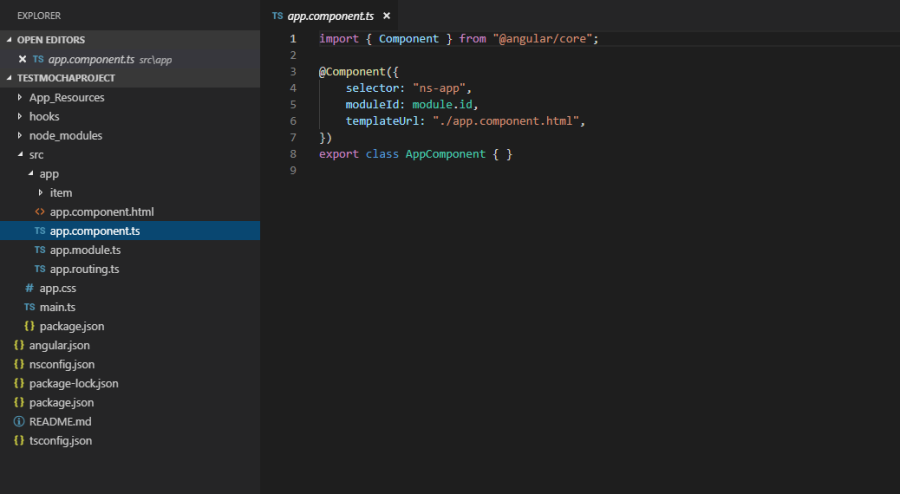 Next we will go ahead and run the below command to include test project and use mocha framework for unit testing. This command will also create a example.js test file which is a sample mocha test file under tests folder. 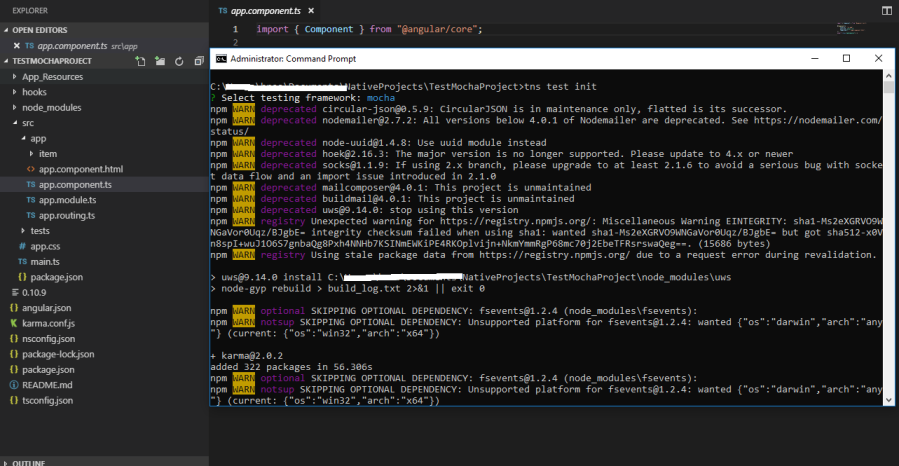 Now that we have installed the required types. We need to perform a clean up of our application folder.

The final application should resemble as below.

Once we perform the above cleanup, now we need to make some changes to our main.ts, tsconfig.json and nsconfig.json

Change the AppModule imports statement and include statement to import reflect-metadata as shown below in main.ts file.

Modify tsconfig.json file as shown below. We changed “src” to “app” in paths.

Modify nsconfig.json file with contents as shown below.

We need to perform one last update to karma.conf.js file to load correct files as shown below. 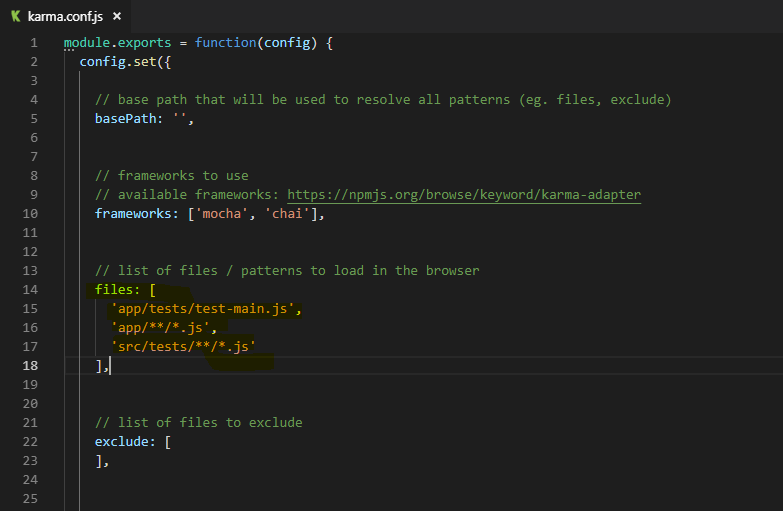 Execute the below commands to build and perform testing. Before executing tns test command we would need to ensure that we have the android emulator up and running.

Test command uses karma server and provides an url. Browse the url in a separate browser.

Tests from example.js and items.componenttest.ts file will be executed. In our items component test we are performing check on the length of items returned from the items service call. In the example here we are not performing any http calls. If there are any http calls , recommendation is to mock those calls.

As part of the test under beforeEach function, we provide the details of components which are required by our app along with the provider. In the sample ItemService is the provider.

We need to make sure that we have equal number of nsTestBedBeforeEach and nsTestBedAfterEach statement. They should match.
Once the tests are executed we get the below information from the logs on the status of execution of tests.

The sample for this app can be found here.

An experienced Senior .Net Consultant by profession working on complex applications and exploring new trends in technology... View all posts by baskarrao